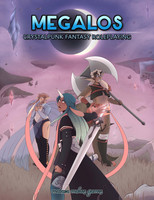 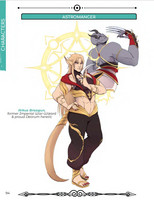 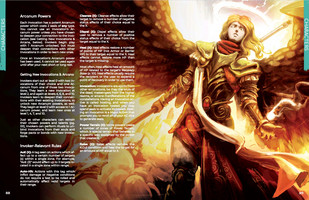 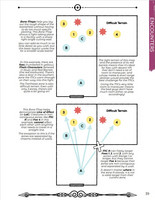 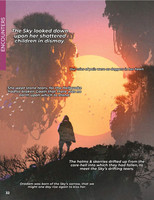 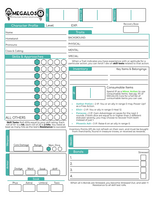 I'm pleased to announce an- unfortunately slightly nuanced- huge leap forward for the MEGALOS project. The MEGALOS Core Rulebook is essentially finished. It's now the only file available on this page. As Whiluff van Tarkin might put it, the last remnants of the old playtests & ashcans have been swept away.

The nuance here comes from the fact that this file does not (yet) contain the Oradam Rift Worldbook, which is still being messed with in the layout laboratory. What we have now is 229 pages of game rules for building characters, going on adventures, and running games of MEGALOS. Technically speaking, it is a finished, playable package. However, without the Oradam Rift Worldbook, it is still incomplete.

The final update will come soonish when the OR Worldbook is ready to be stitched onto the end of the file.

I'm currently shopping around the possibility of doing a MEGALOS AP either on my own (currently hiatus'd) podcast 4EverGM, or on someone else's stream or AP show. If and when that happens, I'll post about it here, on Twitter, and on the Kickstarter page so that folks are in the loop.

With the release of this penultimate version of the game, I'm going to be putting MEGALOS on a slight discount for a bit in order to get more people onboard. If you've got mates you think might be interested, it'll be a good way to onboard them for the full version of the game.