The Shadow's hand outstretched to claim you...

... and the Mother-Crystal denied them their prize. She woke in you Her gifts and you became Her champion.

Champions of the Mother-Crystal is a FREE GM-less (what I'm calling Oops! All GMs!) tabletop RPG played by 2 or more players. Each player takes on one (or more) of 4 distinct player roles:

Champions of the Mother-Crystal is a TTRPG based on my passionate love of Final Fantasy XIV. It aims to not merely ape that game's setting and aesthetic, but more to explore what can be learned from MMOs and other video game RPGs and brought to a tabletop roleplaying setting.

Champions are built and maintained independently, but everyone at the table works together to craft the story, the encounters, and make decisions about what happens next and where to go.

The game story is told and played in a series of Patches, which have a gameplay loop starting with a Cutscene that sets up the overarching story of that Patch. Adventures are crafted and then explored, battles are designed and fought, and villains are encountered, their Plot Armor is winnowed down, and then they are defeated (hopefully).

State of the Game and Future Plans

This game exploded out of me in about two weeks from ideation to this beta release. The principle text is not finished yet, as I still have a couple sections to finalize and stitch into it. It is technically playable, and definitely readable, but will be changing and growing only as I have time to work on it.

As the game must remain- by necessity- free, I feel I have a greater commitment at the moment to providing additional content for the owners of my paid games. That said, this is a labor of immense and abiding love. I will not be abandoning it any time soon and want to make it into something truly special.

What's In the (Metaphorical) Box?

As always, I've uploaded multiple versions of the book's file. Download the 300 DPI versions for use on a laptop or desktop computer, and the much smaller 96 DPI version for use on phones and mobile devices!

And it's FREE. Enjoy it. <3 Please leave a comment and/or 5-star me if you like what I'm doing here. More to come. 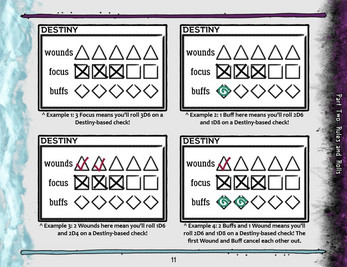 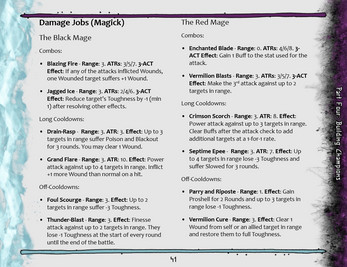